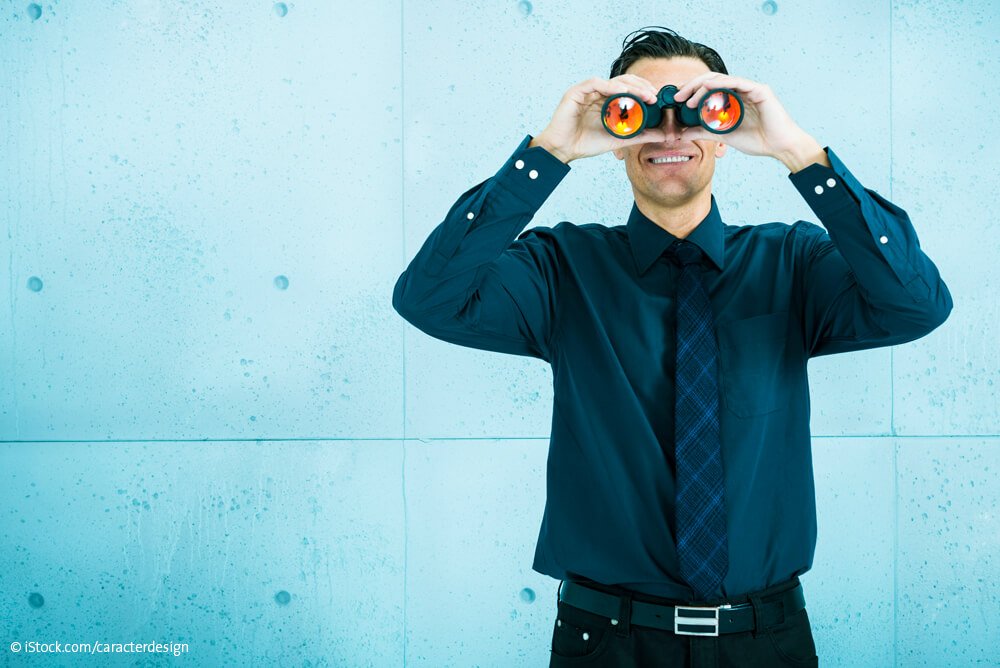 Not long ago, Gartner Incorporated presented the top trends in technology among most organizations. The findings were released at a 5-day Gartner event in Orlando, FL where the leading minds in the industry met to discuss the year ahead. A strategic technology trend, by Gartner standards, is one that impacts the organization where it is utilized significantly. And by “significant impact”, they mean that the technology trend tends to unsettle the end-user and the business. These trends require significant capital investment, but they also expose businesses to the risk of being late adopters. In this way, the goals, objectives and missions of organizations need to be reconsidered.

Vice President and Gartner Fellow, David Cearley, says that, "Gartner's top 10 strategic technology trends will shape digital business opportunities through 2020." Cearleywent on to give an overview of the 10 technology trends by grouping them. The first group comprises three trends that are responsible for creating the “digital mesh” – fusing the physical and virtual worlds. The second group comprises trends that create and operate “smart machines” – algorithmic business is the next logical step after digital business, which is currently trending. In algorithmic business, the back-end activities are run by smart machines without people necessarily being involved. The last group comprises four trends responsible for making the algorithmic future a reality – building from the IT reality of today and creating enabling platforms and technologies.

To understand the digital mesh, it is important to see something beyond the current singular devices that the end-user has and interacts with. It is to envision something beyond that and realize how the devices interact with the users, businesses, governments and social communities. The digital mesh includes, but is not limited to, the Internet of Things. Cearley says that, "In the postmobile world the focus shifts to the mobile user who is surrounded by a mesh of devices extending well beyond traditional mobile devices." According to Wired Magazine, however, it is not that we can have machines speak to each other that is important, it is the fact that cloud computing becomes essential as this will allow machines to sense and process information in real time.

Once the device is no longer the central component of the user’s experience, it becomes important to create an environment where the user’s experience is captured or sensed in various spaces. The devices surrounding the users will have the information to deliver what the users want, when they want it. Cearley says that the design “is focused on providing an experience that flows across and exploits different devices, including IoT sensors, common objects such as automobiles, or even factories. Designing these advanced experiences will be a major differentiator for independent software vendors (ISVs) and enterprises alike by 2018."

3D Printing – Use the right Materials

Leaps and bounds have been made in the 3D printing industry. Today, there are various materials such as biological materials, advanced nickel alloys, pharmaceuticals, carbon fiber, electronics, glass and conductive ink. The user demand is being driven by the innovations in and expansion of 3D printing in the military, aerospace, energy, automotive and medical sectors. The rate of the growth in demand for 3D printers is predicted to cause a compound growth rate of 64.1% in 3D printer shipments beyond 2019. A rethinking of the traditional assembly line and the supply chain process will need to happen as a result. As the users expect to have their component needs met more quickly, businesses will need to provide materials and human resources to put composite components together.

The task of the “Information of Everything” is to address the need for somewhere for information to go and still be accessible. All entities in the digital mesh transmit, use and produce data in the traditional audio, visual and textual sense as well as in the new sense of contextual and sensory information. Information or data is nothing new to us although, in the past, it has existed on devices in isolation as incomplete data or unavailable. The “Information of Everything” concept seeks to connect devices to each other and to centralize their data. Some of the tools that will be used to bring some order to the torrent of unstructured data will be things like graph databases as well as other information analysis and data classification techniques.

Large volumes of data, which were previously unheard-of, make it necessary to remove manual classification and analysis. To cover this, machines need to learn. Deep Neutral Nets or DNNs make tools that learn how to navigate their own way around the world autonomously. With regard to DNNs, the most important challenges that arise with the “Information of Everything” trend can be addressed in practical and financially advantageous ways. DNNs are ways for machines to acquire and implement knowledge with complex sets of data and large volumes of information. These abilities are what make it seem as though machines are intelligent. With this technology, hardware and software-based machines can learn about the various environments they find themselves in. There is no limit to the types of information that they can learn, from the smallest, seemingly insignificant detail to broad, general facts. It is up to organizations to take advantage of the progress that is constantly being made in this area and to make sure that they apply the technology in a way that is advantageous to the organization and will ensure a competitive advantage for the organization in the market.

The implementation of smart machines like self-driving cars, robots and smart advisors is the direct result of DNNs. These autonomous or semi-autonomous machines are gaining a lot of public attention. But perhaps the advances that are implemented in the short term, like software-based smart machines, should be getting more attention as they have broader significance in the contemporary world. Users are already experiencing the precursors of autonomous agents with publically available technology such as Google Now, Apple’s Siri and Microsoft’s Cortana. This is a trend that is heading towards the future, where the autonomous agent becomes the primary interface for users. In the future, users will interact with apps verbally or otherwise and not have to press buttons or slide icons to use applications.

Cearley sees the advance to a post-app reality taking place in the next five years and advises leaders in the IT industry to explore those technologies that add to human labor and give people more time to focus on those activities that only a human being can do. He also advises that the technology that is part of this trend will be developed and expanded for the next 20 years – this means that keeping up with the technology must be at least a mid-term priority.

The potential for security breaches has been increased by the complex nature of digital business and the algorithmic economy coupled with a growing hacking industry. It is no longer enough to depend on the rule-based security and perimeter defense. Depending on the intentions, a hacker can either be termed a black hacker or a white hacker with the former denoting a person with malicious intent, while the latter refers to someone with positive intentions. IT leaders within organizations need to concentrate on the traditional while integrating the contemporary into the work that they do. They must use traditional blockers as before while securing avenues such as the cloud-based services and open APIs. Two examples of new security measures are entity behavior analytics and application self-protection.

In order for the digital mesh and smart machines to be viable for organizations, they need to work within an intense computing architecture. For the necessary boost, the use of neuromorphic architecture, which is high-powered and ultra-efficient, is required. Field-programmable gate arrays (FPGAs) can be used as a supportive technology to neuromorphic architectures. Important advances have been made in the architecture, which allow for speeds faster than teraflops to be achieved with the added advantage of energy efficiency.

Cearley says, "Systems built on GPUs and FPGAs will function more like human brains that are particularly suited to be applied to deep learning and other pattern-matching algorithms that smart machines use." These two major advantages mean that the smallest IoT endpoints like cars, offices, homes, watches and even human beings can take advantage of machines that learn and can be considered intelligent.

The apps and services architecture is starting to replace more traditional linearly constructed application designs. With this new way of doing things, web-scale performance can be attained by using software-defined application services. The building of distributed applications that support scalable deployment and agile delivery can be enabled by the use of micro-service in the cloud and on-site. There is a model in existence for addressing back-end cloud scalability and front-end device mesh. This model integrates mobile and IoT into the service architecture and the application. Teams of architects need to create apps that are agile, flexible and dynamic in both the cloud sphere as well as the user interface space.

The Internet of Things platforms work in tandem with the mesh app and service architecture. The IoT platform’s integration, security and management as well as other technologies make up the base set of capabilities necessary for the building, use and management of elements within the IoT. In fact, the IoT platform itself stands as the face of the back-end architectural and technological work that makes the platform exist and function. Emerging IoT platforms play a vital role in making the digital mesh and the ambient user experience a reality. A well thought-out IoT platform strategy is necessary for any organization with prospects of being profitable in their field. 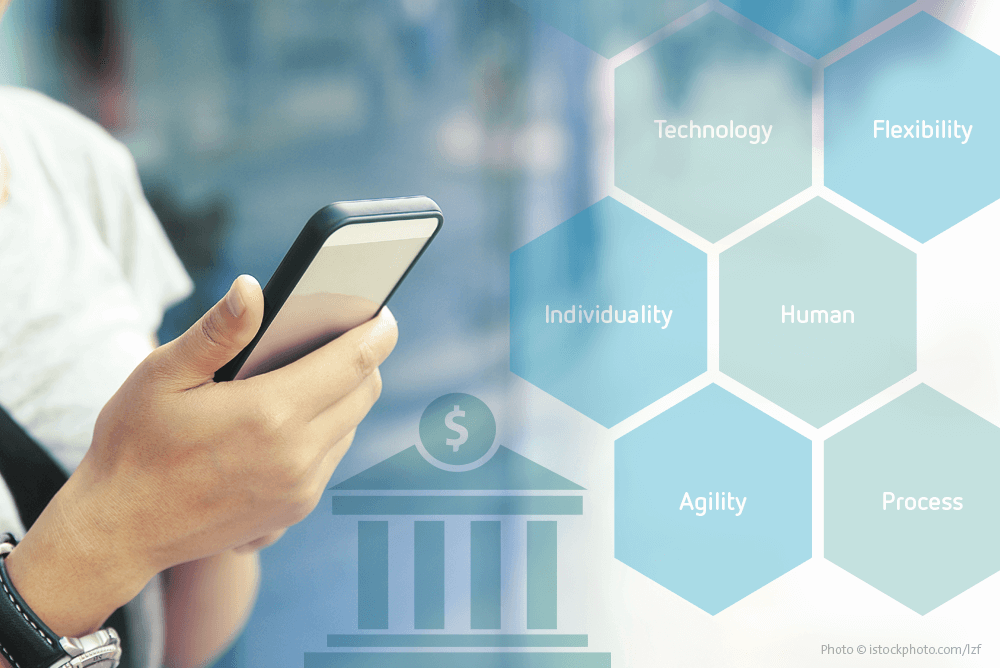 Banks in Transition: Searching for in-house solutions in vein

Not long ago, Gartner Incorporated presented the top trends in technology among most organizations. The findings were released at a 5-day Gartner event in Orlando, FL where the leading minds in the industry met to discuss the year ahead. A strategic technology trend, by Gartner standards, is one that impacts the organization where it is utilized significantly. And by “significant impact”, they mean that the technology trend tends to unsettle the end-user and the business. These trends require significant capital investment, but they also expose businesses to the risk of being late adopters. In this way, the goals, objectives and missions of organizations need to be reconsidered.